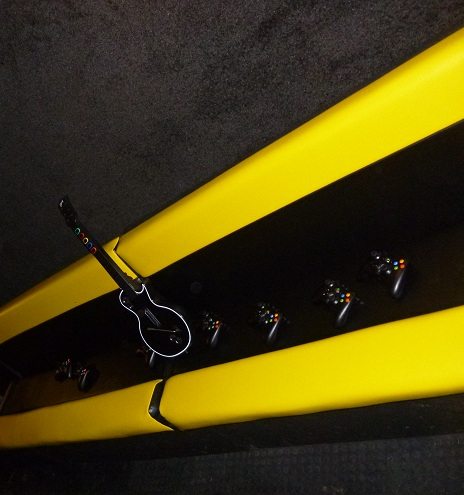 In late 2010, Ohio Mobile Gaming introduced the first self-contained, climate controlled mobile video game truck to Northeast Ohio.  At the time, nobody in Ohio knew about this great idea because it was the first of its kind.  We spent just as much time explaining what it was to prospective customers as we did operating it!  Fast forward to 2016: Ohio Mobile Gaming has three video gaming trucks on the road due to the high demand, while three local ‘competitors’ have piggy-backed on OMG’s success by building their own gaming trailers.   These new renditions of our original video game “bus” haven’t made a noticeable impact on the demand for our trailers, which tells us that demand is still out-pacing supply.  So, it seems quite clear that the cutting edge “birthday party on wheels” we envisioned one summer day in 2009 is here for the long haul!

Ohio Mobile Gaming has been the leading force in the NE Ohio party entertainment rental industry since we exploded onto the scene in late 2010.  Here was a ‘new’ company, which seemingly came out of nowhere, that all of a sudden had news stations, trade shows, parents and children alike clamoring for a chance to catch a glimpse of everything we had to offer.  From the eye-catching & edgy graphics on our fully ‘wrapped’ vehicles, to the technologically endowed  video game trucks and amazing customer service…there had simply never been anything like us before in NE Ohio.

The underlying question everyone wanted answered that first year was “How did you guys just come out of nowhere, and hit such a ‘home run’ with this giant selection of items while still managing to provide an excellent customer experience from start-to-finish? What gave you this idea?  This had to to cost a TON of of money to start up!” Well, it did cost a ton of money to start…but we didn’t just wake up one day and decide to take over the children’s party rental industry.  I had already been operating a successful inflatable rental business, Akron Bounce Inflatables, for 3 years before we re-branded to OMG.    The year prior, in late 2009, I expanded into the Cleveland market with Cleveland Bounce Inflatables.  So it wasn’t a fluke that our ‘new’ company took the industry by storm and hasn’t looked back since.  In one form or another, OMG and its staff have been satisfying the party rental needs of homeowners, churches, schools & businesses alike for over 8 years! 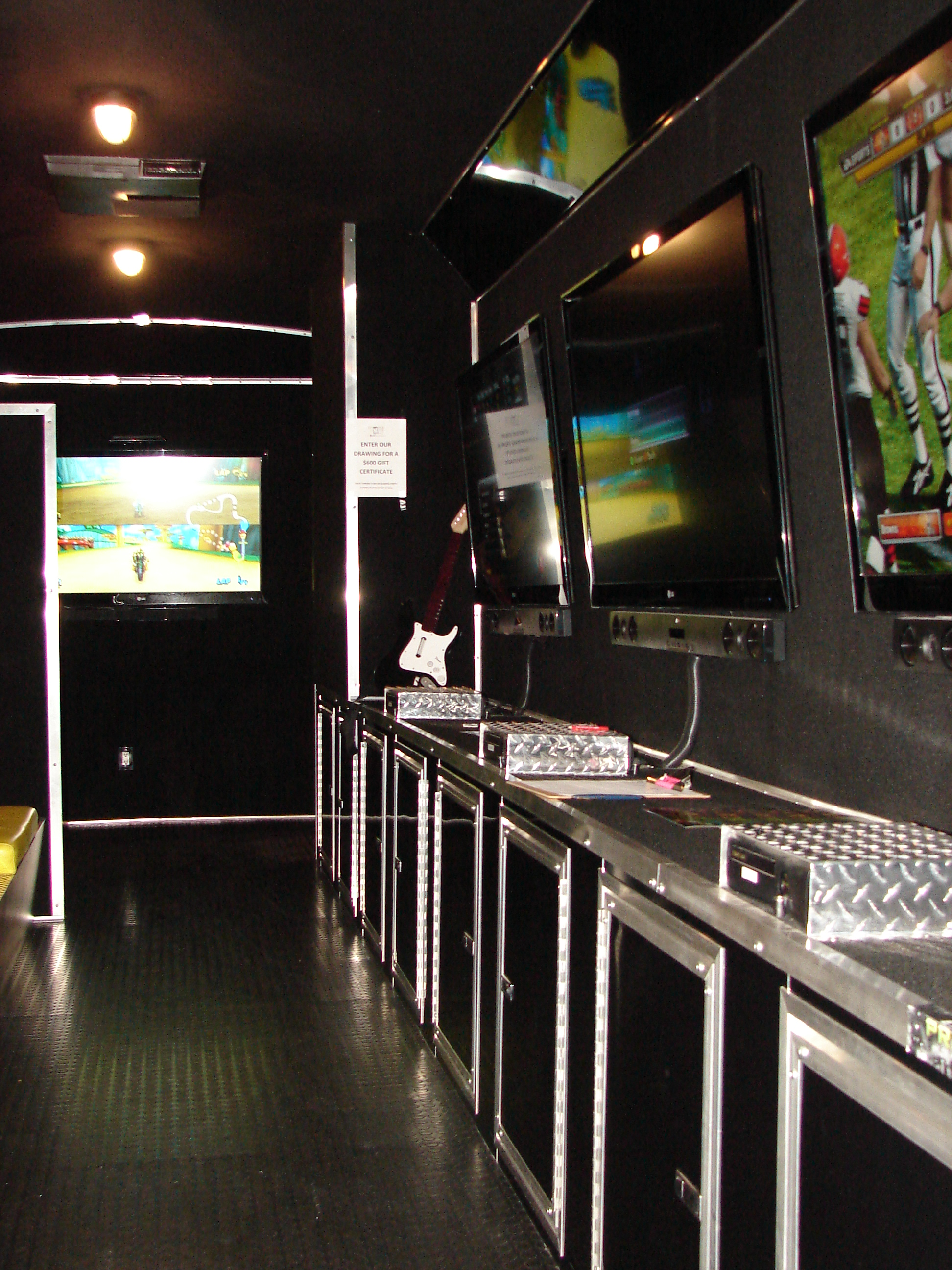 Once I realized that the demand for a reputable and reliable inflatable rental company was growing exponentially, even as the economy crashed, I knew we had to turn my part-time business into a full-fledged, well-managed business.  The most important part of any business is its employees…and good employees want to work.  The problem I experienced, year after year, was that the NE Ohio winters weren’t very conducive to inflatable rentals, so my employees found winter jobs.  The following spring, we’d be re-hiring and training and seemed to be running in place.  Then, in mid-2009, we had an idea for a mobile video gameroom that could be used 365 days/year.  If this idea caught on, we’d be able to keep our best workers busy through the winter, effectively solving our labor issues while sparking new growth at the same time.  So that’s just what we did.

In December 2010, we introduced our Laser Maze, the first of several mobile gaming theaters, at the Cleveland Home & Garden Show.  A few short months later, we unveiled our second gaming trailer which is now known as the “Cleveland Game Truck“.  It has two-tiered seating, 5 huge televisions, an over-the-top 3000w sound system, a built-in photo booth, 10+ gaming systems and more!  Only a year after the Cleveland Game Truck did its first party, we introduced the Akron Video Gaming Trailer.  This mobile “birthday party one wheels” was built using the experience we gained in the prior year with our other gaming vehicle.  We changed the seating around, chose different electronics to better suit our customers, and hit the road running! Then, the Fall of 2013, we built our THIRD video game truck! This truck has evolved from being the OMG Party Truck to one of our standard Cleveland Game Trucks…but it still has its own unique features including a HUGE outdoor vending screen with multiple TV’s, and an insane sound system with several ground-shaking sub-woofers.

When you call to book a video game truck, we suggest you first check out the video game party description page. This will give you a good idea of what to expect when your truck shows up.  Typically, you can expect the game trailer operator to call you the day before the event to discuss details.  We’ll ensure we have the right contact information, ask about the birthday boy or girl (if there is one), and confirm the types of games the children are allowed to play.  The day of the event, your driver will arrive between 15-45 minutes early to get the truck parked, powered up, and warmed-up or cooled-down.  Once that’s taken care of, the kids can pile into the truck and get the party started! Generally, our drivers know what games are ‘hot’ and will have those ready for special requests. However, we do carry all the games we own with us to every event, so there’s no need to make a selection prior to the event.  Once the kids are in the truck, the OMG Party Referee will ensure that everyone has a chance to participate and that the games run smoothly.  That’s it….”easy-peasy mac n cheesy” (as my 4 year old would day).

So, if you’re looking for a simple way to occupy 10-20 kids for an upcoming event – whether it’s a birthday, mitzvah, grad party, or after prom – be sure to check out all that our video game truck rentals have to offer. We’re quite confident that you’ll see the same value in them as nearly 3000 Northeast Ohioan’s have since 2010! 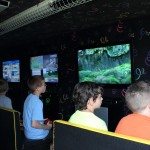 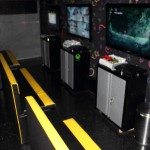 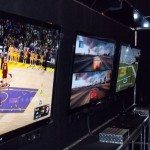 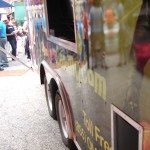 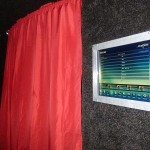 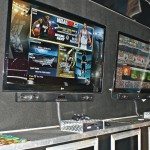 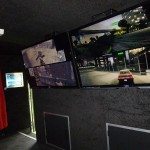 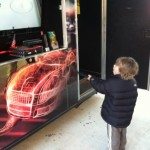 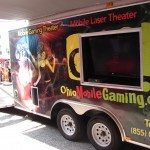 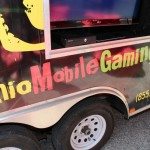 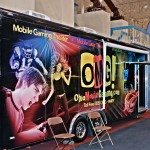